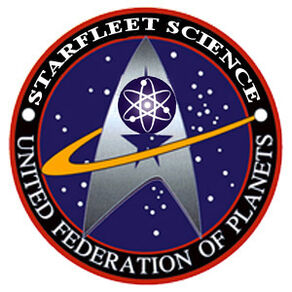 The organizational structure of Starfleet Science are:

The Starfleet Advanced Programs Division was responsible for developing the theories used in creating the prototypes for the modified polaron emitters that were to be used to expose Gowron as a changeling. They believed that exposure to polaron radiation given off by these emitters would have a destabilizing effect on the changling's morphogenic matrix forcing him to revert to his natural state.

Retrieved from "https://memory-gamma.fandom.com/wiki/Starfleet_Science?oldid=96328"
Community content is available under CC-BY-SA unless otherwise noted.